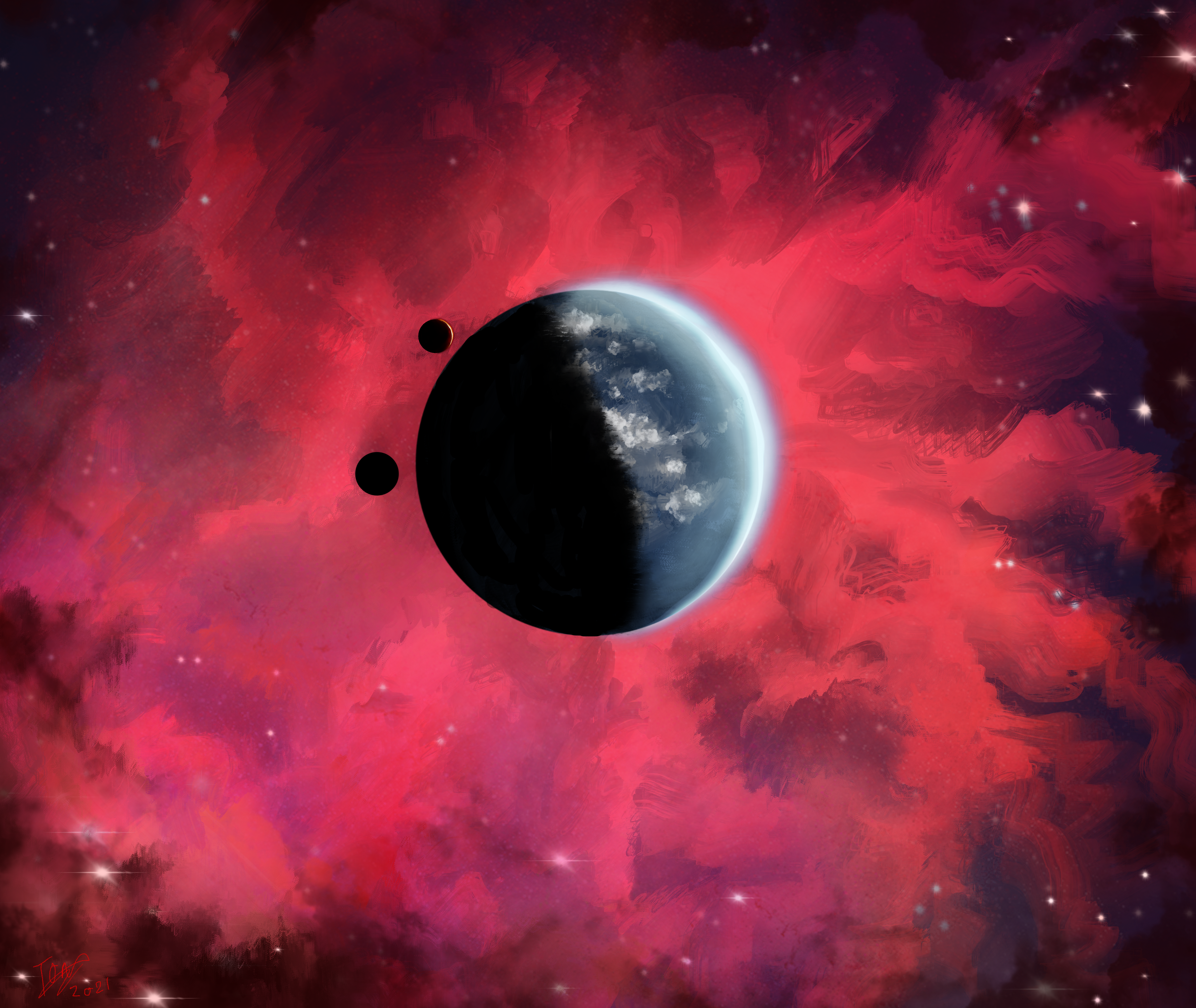 Oh wow, where do I start with this months update?! I’ve been doing so much! A Return to Digital Artwork Folks who have followed me for a while will know

Oh wow, where do I start with this months update?! I’ve been doing so much!

A Return to Digital Artwork

Folks who have followed me for a while will know that I have had a turbulent relationship with creating digital art and that I haven’t uploaded anything 100% digital for several years. Well, I recently picked up a new digital art program that works with my iPad, which until now was just used for photo-reels and sales at Comic-Con. The program is called Procreate and I’ve been practising on it this month doing all manner of digital art, from landscapes to characters.

I am thoroughly loving this program, and it has rekindled my desire to do more digital art. Now, that isn’t to say the oil painting will stop, or the traditional marker pen work; I will just be favouring digital for a while, to better familiarise myself with Procreate, that’s all.

More images like the ones above will flow into the pipeline for submission over the following weeks. These images can be seen on DeviantArt and many of the larger files can be bought on Redbubble as prints. Several of the images even depict the alien world of Edris or the space surrounding the planet!

After a long year without access to Blender, due to software issues, I finally got the program up and running again. I had originally intended to resume my “Sims 4” Jinimaru mod, but I just felt like making a dragon for practise, and the Fo’fei was the first thing I thought of, so I had to make it!

I really enjoyed working on the Fo’fei, and decided to try making a mammalian next, and, well, the dreaded Nuhk’nuhk popped into my head and so that sprung to life too. I made it chubbier to make it look deceptively cuter, but I don’t think it worked.

I haven’t done any more Edris critters yet, but I intend on keeping the ball rolling; alternating days between model-making, drawing/painting, and writing is keeping things fresh for me without the added strain working on a comic gives me. You can see animation tests when they’re available on the YouTube channel, or snapshots of the models on Twitter.

Do I have any plans for these models? Yes, and also no: I will be using the models to make static 3D art for monster cards and 3D-printing, but I would really love to use these things in a video game. I don’t know much at all about programming though, so whilst I would have all the models/assets to make an “Edris Survival” game or something, I wouldn’t know how to make it actually work. Perhaps someday when I have fewer projects to do, I’ll study programming and give it a try.

I’m sure this will develop over the coming months, and we’ll see where it takes us.

I have been writing part 3 of “Specimen G-13”, which right now is just called “Heart of the Feles”, and also editing part 2 of the series known as “Wrath of the Lancer”.

Really, there isn’t much that can be said further on these books at this time; writing part 3 is slow because of editing work for part 2, but everything looks on-track for Wrath of the lancer to launch June 20th this year, and with luck Heart of the Feles will be out the same time next year.

The hardback editions of the books, including the Edris Compendium Cosplay Edition, are on hold right now as the printers, Barnes & Noble, aren’t shipping to the UK right now. I cannot order a proof copy of any books until those restrictions are lifted, and I refuse to sell them without quality checking first.

Nope! I’ve just been crunching artwork and writing/editing as usual. Hopefully next month I’ll have an update on the hardback books, a 3D printer, and even more models to show off!

Remember to subscribe to my YouTube channel if you want to see more model work, time-lapses of paintings, or random shenanigans with gaming!