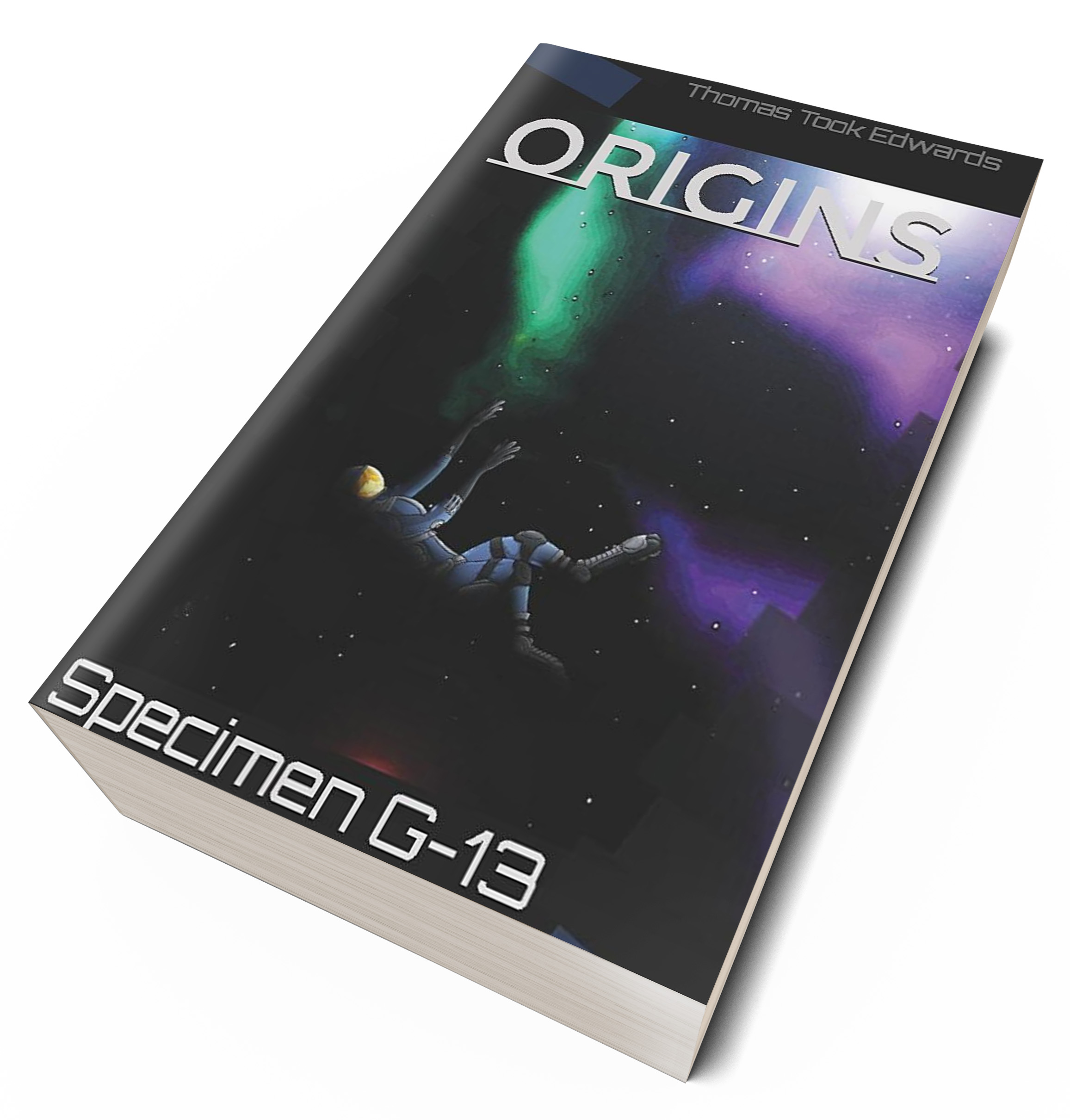 It’s that time again! Well, actually I’ve done this one a bit early, but I felt I had to under the recent circumstances. I’m not going to ramble here any

It’s that time again! Well, actually I’ve done this one a bit early, but I felt I had to under the recent circumstances. I’m not going to ramble here any longer; better get right into the updates!

As is the norm I have been dedicating 99% of my writing and artwork time for this month to the Jinimaru Project, most notably the Edris Compendium. I am now left with just over a quarter of the book to write and around half of the artwork to do before this book goes through a rigorous editing stage, which is a necessity should it remain on-track for an end of year launch.

While I have enough writing to do for this project I have once again been abandoned by a supposed editor; Specimen G-13 and the remaining two Folklore books are being edited by me now, which has put even more weight on my shoulders and may result in the delay of several projects. The two Folklore books have been delayed enough and I am now channelling time I would be spending on Donisaur on getting them edited to the point where I can release them.
Specimen G-13 remains my top priority however and while I have already gone through a second draft already I am still continuing to edit it until I can’t stand to look at it anymore. I will have the book launched by the end of October, it has already been delayed by 2 years and I am determined to make it finally see the light of day.
Speaking of all this extra editing work I’ve been doing…

After some thinking (and a lot of headache-inducing experiences) I have decided to stop using LuLu as my primary distributor. While I found the platform flexible in spreading my work across the internet I was obtaining no support from the site whenever I ran into any problems. Effective immediately all Jinimaru Project works and future Donisaur books will now only be published through Amazon. Old versions of the books may still be in circulation but they will have the outdated covers and will be missing some new revisions, as I have already done partial editing to the Folklore stories that have already been previously published.

Origins, which use to be the first volume in Jinimaru Folklore, is now relabelled as Specimen G-13: Origins due to its importance to that series. It is, however, still a short story and considered a Folklore tale by residents of Edris and thus will remain a part of the Folklore Compilation book. Revisions made to Origins and to Koru & Koura are minor grammar corrections, smaller font, and better alignment of images to text. They also come with brand new covers that were designed based on feedback I received from Comic-con in 2018.
All new releases of Donisaur will be made exclusive to Amazon from now on as well. The old versions of Subject 218 will remain for sale everywhere even when the “Remixed” versions are released on Amazon. The new versions will be worked on when the entirety of Specimen G-13’s series is finished, and after the main story of the comic is completed, which won’t happen for a few years.

To celebrate the relaunch of these books I am offering the EPUB version of Origins for free from Monday the 20th to Friday the 25th of April 2020. It should get you ready for the launch of Specimen G-13 Part 1 when that comes out later this year.

The site has been through 3 design passes in the last month alone, but I think now I have finally found one that works well across the board of PC’s and Mobile devices whilst still looking pretty. You can see in previous blog entries how the site has evolved since I launched it way back in 2014.

While the website now has its final formatting and layout sorted out, it is still in need of polish; some pages information is now outdated or has broken links. Over the coming weeks I’ll be ironing out the websites individual pages by improving spelling/grammar and fixing broken links, then I will be moving onto creating some new artwork specifically for the website again.
All this creating is very time consuming, and as I mentioned in previous blog posts I have been spending most of my creative time doing paintings and artwork for my books rather than working on fan-art or my picture-heavy projects (like comics and picture books), so if you want to help out or support my work you can now do it in a multitude of ways…

You may have noticed my lack of uploading “work in progress” pictures for my paintings recently, and that a new button has appeared on the side-bar of the site; well, I have decided to make WIP pictures an exclusive benefit to those who support me on Patreon.

What is Patreon? It’s a platform designed to help creative individuals like myself gain support from fans, whilst providing benefits as way of thanks for that support. I’ve decided to make my WIP exclusively a benefit to my supporters no matter what tier they select, though if you choose to support me on a much higher tier you will net some pretty neat goodies in the form of early-access EPUBS, signed copies of my books, acknowledgement of your support in them for all to see, and even Enamel Badges.
I understand many enjoyed seeing how my latest pictures came to life in videos and snapshots for free, and it was a very difficult decision to make, but I need to put value on my work and giving everything out for free was not helping me keep my website fees covered or helping my family put food on the table. If you enjoy a creators work I strongly advise you show them support in any way you can.

I ordered samples from Redbubble again, but this time in the form of their photographic prints!

The two maps make use of their “metallic” coating, medium sizes, and really do look super shiny! The smaller print of my “Valley of the Fallen Star” painting is a lustre one. Personally I think the maps look fantastic with the metallic finish and I am glad I ordered them in it. You can also see below the comparisons between the photographic print and a canvas print of the full-coloured map. The colours on the canvas print aren’t as good and look more brown in areas that should be green, I don’t know why this happened but the new print I got is 100x better.

I have more Redbubble stuff on the way, including a new mug using the “My Gakidou” artwork plus a lustre print of the “Seraphs Ascension” painting I did a while back. When they arrive Ill post them here as usual!

Most of this month has been dedicated to editing work, both on books and the website, and continued progress on the Edris Compendium. Some radical changes have been made, both to designs and the way I handle publishing,though I feel like more big changes may be coming in the near future. Who knows; maybe my editor will pick up Specimen G-13 and do some work on it, or maybe through your support I’ll be able to hire a new one. Only time will tell!