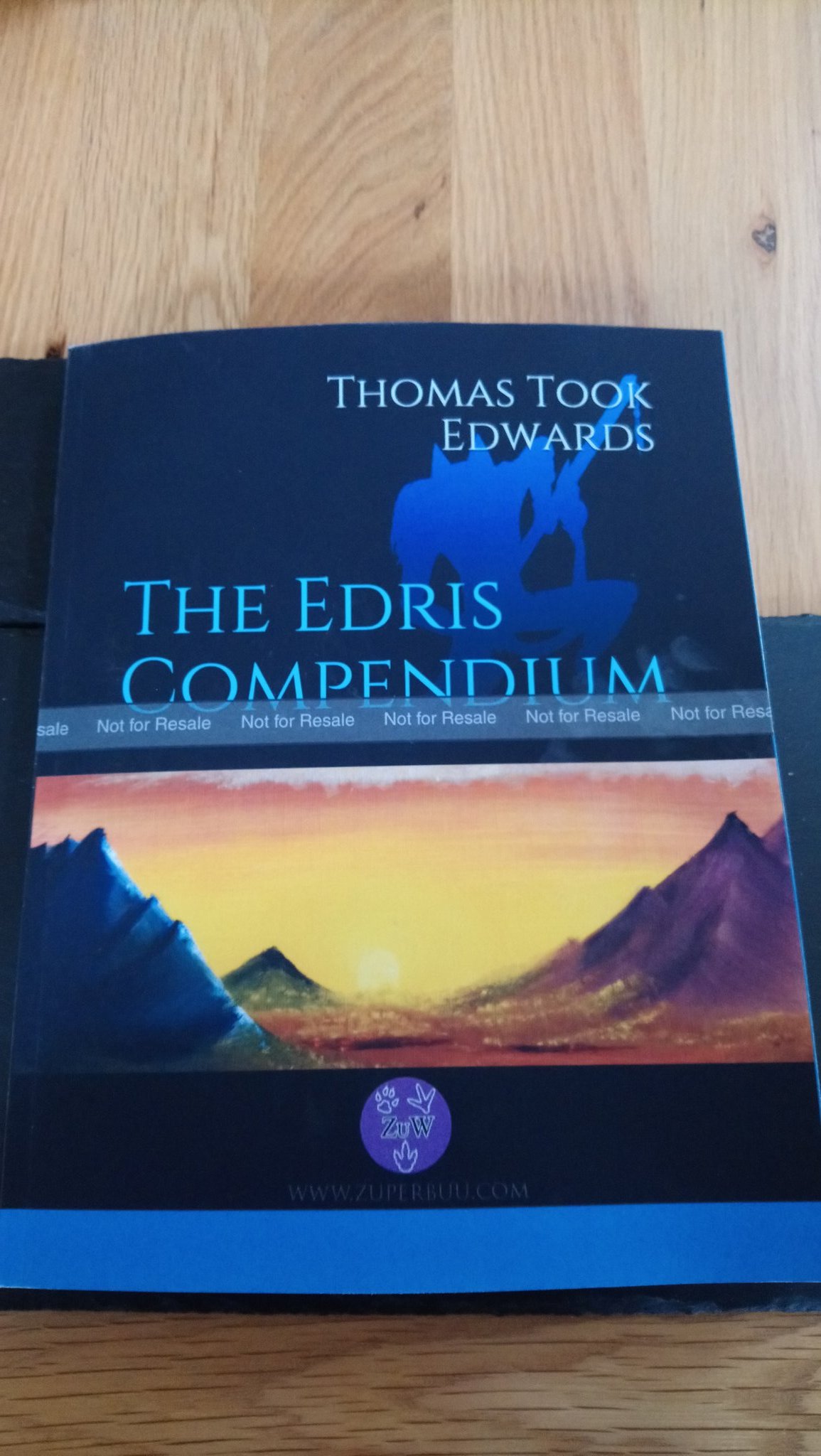 We’re almost at the finish line for the Edris Compendium’s big launch at the end of the month! So, let’s tackle that first, shall we? The Final Stretch The above

We’re almost at the finish line for the Edris Compendium’s big launch at the end of the month! So, let’s tackle that first, shall we?

The above pictures are from my newest sample of the Edris Compendium; a compilation of texts and artwork relating to the alien world of Edris, home to the feline-race known as Jinimaru. It is a vital part of worldbuilding in “The Jinimaru Project”, and has taken nearly 3 years to finish.

Previously, I only included a full-colour edition of the world map in the back, but have decided to also include the parchment version as well. You can find these maps, plus some “create your own ID card” cut-outs in the very back of the book, in both print and digital editions.

This new sample had one error that has since been fixed; the error is so small I doubt you can see it on the pictures, but I knew it was there and had to correct it because I love this project, and want this book to be the best it possibly can be.

Aside from getting rid of the book name at the top of every single page, I also made a change to the font on the cover. The old version was stylised so that the E in “The” was merged with the H. I find using the less stylised version of the same font looks better.

I have given Amazon approval for the book to now be released on October 31st, though the printed edition may pop up a day or two earlier due to how Amazon handles things.

The Classic ebook edition, Reflowable, allows you to change the font style and size to whatever your device supports! To allow these features to function properly, a lot of the creative design for pages is lost, such as the layout of some images, loss of colour of the font, and the parchment-styled background. This edition is cheaper as a result because it’s missing its style, and is only recommended for those reading on ink-based e-readers, or those who have special requirements for adjusting the font.

The Fixed-Format edition, Print Replica, is a direct copy of the print edition. You cannot change the style or size of the font, but can still pinch-to-zoom if needed. This edition looks identical to the printed version and is the one I recommend if you’re reading on a phone, PC or tablet.

I would like to send out a huge thank-you to those who provided feedback on this book throughout its design process!

The next instalment of Specimen G-13 is going smoothly; I have written 6 chapters in 4 months, just shy of 50k words and 240 pages, which is already a huge improvement to Part 1, which took almost 5 years to write 320 pages and 76k words.

I have leaked samples of dialogue on Twitter from time to time, but during my efforts preparing The Edris Compendium I haven’t shared anything on this books progress. Well, here’s a sample as a way of apology. (Remember, this hasn’t been edited yet. It will contain spelling errors, and both its structure and wording will change quite a bit!)

Writing this book, alongside getting the Compendium prepped, hasn’t been my only task relating to this project. I have started doing character biographies on the site and drawing brand new artwork for each one. Some of these pieces will be included in other pieces, such as prints, but only a handful.

I started with characters based on Part 2 of the book, as these ones appear in Part 1 only verbally and are more prevalent in Part 2 and Part 3.

Next on the line are four characters who appear in all 3 books and are considered the main cast. I hope to get the character biographies page done (covering Part 1 and 2 of Specimen G-13) before the end of the year.

Not really; I’ve been focusing so much on getting the Compendium done and writing Specimen G-13 Part 2, and some artwork, that I haven’t really done anything else.

Oh, wait! I have made some Donisaur-themed facemasks on redbubble!

That’s all for this month! I hope you enjoy what I’ve been creating these past few years, and would love to hear some feedback over on Twitter, Facebook or DeviantArt!