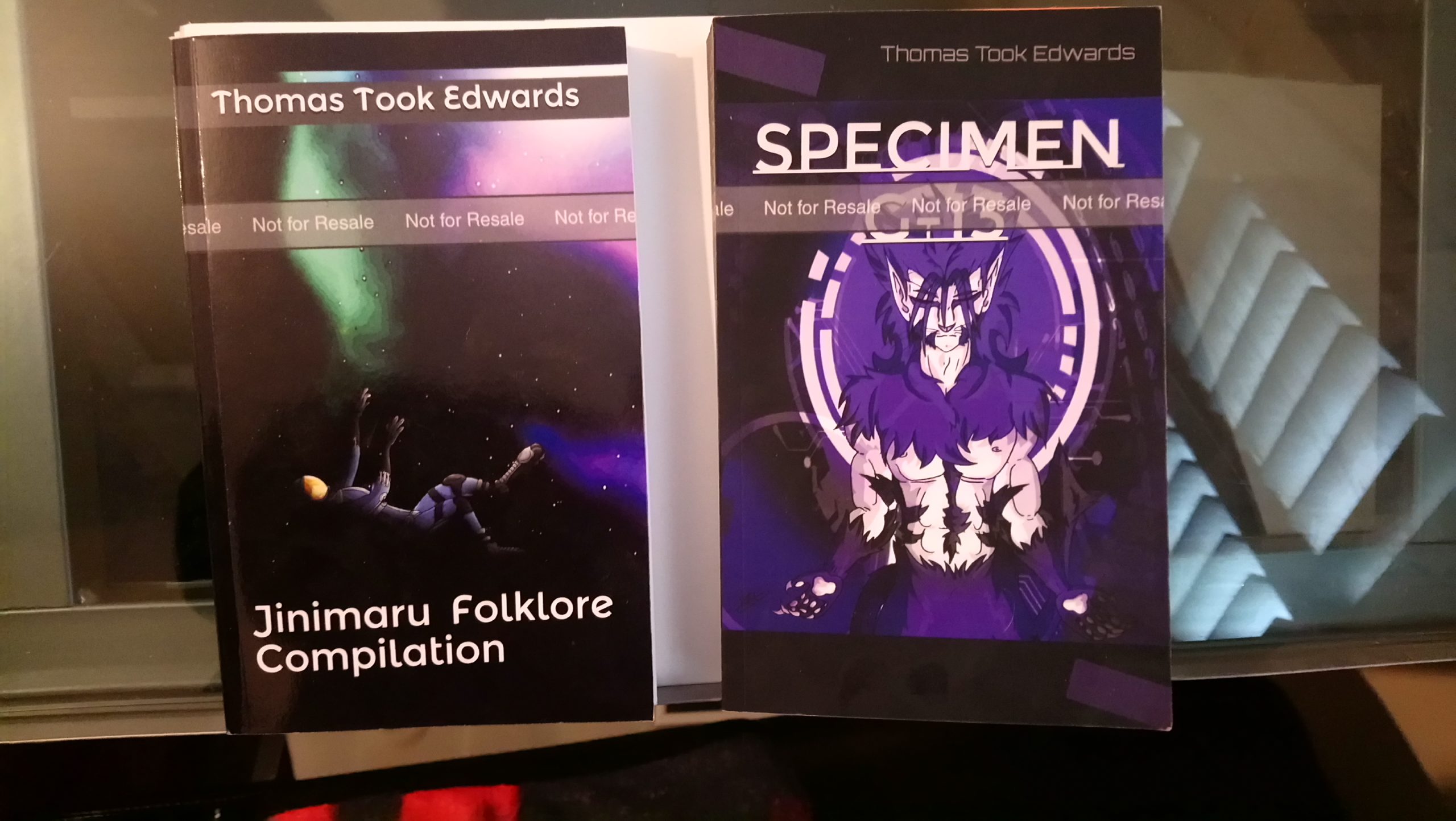 This Monthly Update is a bit earlier, but that’s February’s fault for being a shorter month, and I was sick for a while with the flu. I had less time

This Monthly Update is a bit earlier, but that’s February’s fault for being a shorter month, and I was sick for a while with the flu. I had less time to do work! Curses! Anyway, I still managed to get a lot of stuff done this month regardless of the shorter time-span and crippling illness still aching my bones…

As usual I have been doing chunks of the project now as both artwork and writing. I am now half-way through the writing process for the “First Draft” of the book and about a quarter of the way in with artwork. Jeez, I really have a LOT of artwork to get done for this book before the Summer…otherwise I’ll never hit my target for an end of year launch!
Have a gander below at another example for the pages about Edris’ creatures. Remember the writing is still in draft and may change!

I have done more paintings! Yup yup! These ones are now dry and have either been scanned/photographed for prints already, or are waiting to be photographed properly for print quality images. Remember; all these paintings are of Edris, and most of them will be included in the Edris Compendium when it’s done. Some of them just don’t quite cut it though, like the circular one; the shape doesn’t fit well in the book so it won’t be included in it. It is, however, on Redbubble as a print as is one of the larger paintings.
Once I have my photographs these paintings (and more) will start to find their way onto the Ebay store. Please remember to follow either my Facebook page or my Twitter to learn when they are up for auction, otherwise you risk missing out.

Specimen G-13 is now in the Editing Stage

This is a HUGE step in progress for the Jinimaru Project. To those who haven’t checked out the project before, you can read the origins of the stories and characters on the website here, or look under the “Mature Projects” tab to find everything on the Jinimaru Project. Specimen G-13 is the character that started it all, though the story has changed drastically over the years numerous times. It’s been 5 years of on-and-off writing, two scrapped Drafts and even axing entire plots or characters entirely, but finally I finished the First Draft on February 6th after several nights grinding out the last chapter (which was giving me a lot of trouble).
I received my editors copy of the book a week ago but it came in matte rather than glossy, so I ordered another one. My editor who proof-read and worked on the first two Folklore tales is still too busy to work on Specimen G-13, so I have handed it over to someone else. I may hand over the remaining two folklore books to my new editor as well if they enjoy working on Specimen G-13. Speaking of which, she has already provided me with feedback on the cover design; matte appears to be the way we will be going, at least for that part of the Jinimaru Project. We have yet to decide if the Folklore Compilation book will be in matte or not, but all individual Folklore books (and even the Compendium) will remain in Glossy for continuities sake.

I know the “rules of publishing” dictate matte covers are better suited to non-fiction, but I really do agree with my new editor on this one; I love how it looks and feels compared to the glossy cover, so I may be releasing the final books in matte for Specimen G-13.
Have a gander at the samples below! The Folklore book is in glossy whilst Specimen G-13 is in matte. All text is subject to change.

I looked through the old copies of my Folklore stories and after some reflection, I have decided to band the first 4 into that compilation I always wanted to do. The last two volumes aren’t edited yet so the sample I received isn’t the final version, but I wanted to try some new things out with formatting that I had done with Specimen G-13, and had to see if it would work with the compilation as well. The chapter titles in Specimen G-13 are displayed in the top right next to the page number, and with the Folklore stories I decided to add the story name (or character name if it is too long) instead. I found this very satisfying to look through as it constantly reminded me this was a compilation book and was not just a standalone thing.
Another change I made was positioning of artwork; in the individual volumes every single chapter started with artwork, but in the compilation I have reduced the amount to two for the opening of the story (or one, if two doesn’t fit) and one for the end. I didn’t want to reduce artwork in the books, but keeping the layout I had originally just made everything messy and difficult to format correctly. So whilst some artwork is still found in the compilation it doesn’t have all of them. I opted to keep to using white paper for the Folklore stories to keep them consistent with the individual volumes. It will still be a while before this compilation is up for sale, as the last two stories have not been edited yet.

Okay, nothing on RAWR! It’s Donisaur this month, namely due to the amount of work I did to get Specimen G-13 into the editing stage alongside more work for the Compendium sapping my time away, but next month my plans are different. Now Part 1 of Specimen G-13 is done I can focus more on Donisaur and keep working on the Compendium, whilst preparing for work on Part 2 of Specimen G-13 (just outlining! Drafting won’t start until mid-year.) I had no idea how much work I really had piled on myself until I started doing these monthly blogs…I will return to Subject 218 and such later, but wow…I’m glad I am not adding it to my juggling pile right now.

I think I’ll spend the last few days of the month resting up, fighting off what remains of this flu virus, and then get cracking on with Donisaur again. Until then I hope to see you on Twitter or Facebook!